Are French Bulldogs Friendly to Other Dog Breeds?

Are you a French Bulldog owner and looking at getting another furry companion? You may wonder if your French Bulldog will get along with other dogs of the same or different breed.

Although French Bulldogs are not especially gorgeous or attractive, they have warmed their way into many breeders’ hearts with their outstanding personalities. They are also popular for their friendly, playful, and confident nature.

Although they do get along with other dogs, it takes plenty of socialization and training to get them to interact with other dog breeds easily. This article explores whether French Bulldogs can be friendly with other dogs.

Yes! French bulldogs are very loving and affectionate dogs, but to get to this level, you must train and socialize them from an early age. For instance, French Bulldogs get along fine with Beagles, so you can get Beagle puppies for sale from a reputable breeder.

This will help them get along with other dogs and kids as well. They are a great recommendation for first-time dog owners as they are friendly around new people, obedient and cheerful.

French Bulldogs are big attention seekers, doing anything to get you to look their way. This trait is what makes them such great companions!

Why Do French Bulldogs Have Conflicts When Introduced to Other Dogs?

French Bulldogs fight with other dogs for various reasons. Some are discussed below.

French bulldogs are very possessive when it comes to their toys. They perceive toys as valuable objects given to them by their owners. Hence, they often fight quite aggressively for them!

If you have two dogs around, buy different toys for each dog as it will help reduce their chances of fighting. To minimize chances of toy aggression between your dogs, train them to drop the toy and immediately redirect

their attention to another activity. It will help the dog get over the toy issue with other dogs.

Food aggression between Frenchies and other dogs can be a big headache for dog owners as they try to assert dominance over who gets to eat first and from which spot.

The alpha dog pushes its way to eat first while the weak pup is left to accept scraps. This behavior is anxiety-provoking, causing aggressive behavior between the dogs. You can resolve this by having different bowls for each dog and setting them up at various locations.

The Scent of a Female Dog Ready to Mate

During mating season, French bulldogs can be a lot to handle as they look for mating partners. During this period, you may find your Frenchies getting into fights as they try to assert dominance to get the girl.

Please do not get in the way of this, as it is only natural for the dogs to act this way. You might even find yourself trying to help your dog get the girl. Alternatively, you can get the female out of the house for that period.

Since French Bulldogs are generally territorial, they may find it hard to integrate with other dogs in different situations. Territorial disputes in Frenchies apply to space and things like food, females, and toys.

French Bulldogs see sharing with another dog as a betrayal by their human, and the outcome of sharing may not be as rosy as they may start biting, growling, and snarling to get the other dog back away.

Normal Play that Eventually Gets Rough

A French bulldog is likely to show aggressive behavior to the owner or other dogs if it is wounded. Injuries are common among dogs, and each dog handles pain differently.

Once you notice your French Bulldog is hurt, approach it as slowly as possible using a calming voice. Use treats to divert the pup’s attention as you check out the wounded area and dress it.

If the wound is something you cannot handle, use treats to lure your dog to its cage and take it to the vet hospital.

Although these dogs are friendly, they are also known for their attention-seeking behavior. Therefore, if your French Bulldog feels that you are giving another dog more attention, it may start acting out.

Acclimatizing Your French Bulldog Puppy with Other Puppies?

Take your pup on walks in public places. The walks are not only a fun way for you and your dog to bond, but it also allows them to get used to other people. It will help your Frenchie control its anxiety around people in the future.

Introduce your pup to your friends and family. This will reduce the chances of aggression when they come over.

It would be good to have an exercise session with your puppy before introducing them to other dogs or people. Exercise will help them get tired, minimizing their chances of aggression.

Be with your puppy as many times as possible. This will make it easy for you to perform various activities such as grooming and rewarding them through snuggles instead of treats.

Adequately socialized dogs make better companions as they tend to be less aggressive. Moreover, it is infinitely easier to make French Bulldogs become more social when they are young compared to when they grow up to a certain age.

How to Introduce Your Frenchie to Other Dogs

Are French bulldogs friendly with other dogs? The answer to this question depends on how you introduce your dog to other dogs.

It would be best if you found an excellent way to introduce your Frenchie to other dogs. After all, the first impression may make or break your dog’s relationship with other dogs.

Here is a step-by-step guide on introducing your French Bulldog to other dogs:

1.Start by introducing your dog to other dogs you know. They might be dogs belonging to your friends in the community. You are more likely to set the right conditions for both dogs since you know their behavior and temperament.

2. Make the introduction in a neutral space while both dogs are leashed. Slowly walk them to each other so that they can sniff each other up and give them treats whenever they make progress.

3. Remove the leashes for both dogs and keep a hawk-eye on them to detect aggression or rough play and stop it on time.

4. Set meet-ups with the other dog owner so that the dogs often meet at the same place. Increase their meet-up time every time to get them to learn from each other more.

5. Change the meet-up venue for the dogs and wait to see their reactions

6. If all goes well, you can securely leave the dogs together in your backyard for the afternoon.

Do French Dogs Get Along With Large Dogs?

French bulldogs do get along with large dogs. But, it would be wise to monitor their interactions because large dogs have more energy levels and don’t get tired as fast as the Frenchies. This makes it hard for the French Bulldogs to keep up.

Large dogs with good temperament are best for your dog as your dog might playfully scratch or try to climb on the other larger dog.

Do French Bulldogs Get Along with Small Dogs and Medium-Sized Dogs?

Frenchies have no problem getting along with other small or medium-sized dogs.

However, medium-sized dogs are more energetic and playful than other small dogs. These energy differences may be disadvantageous as the other dog could get hurt during playtime. They tend to nibble here or scratch, but this is because your dog is excited and playful, not aggressive.

Are French bulldogs better in pairs? French bulldogs appreciate and care deeply about companionship. Thus, they are more than happy to live and play together with other Frenchies, especially those who have already bonded since they were young.

Studies suggest that the overall happiness of a French Bulldog increases when it has a Frenchie partner to spend time with, resulting in prolonged life.

It is preferable to have French bulldogs of opposite sexes at home than those of the same sex as it takes a little tension for them to assert which is the more dominant pup. The misunderstanding can, however, be solved through proper socialization and giving the dogs equal attention.

French bulldogs are small dogs. Thus, they are suitable for small apartment owners who want a dog for a pet. They are easy to train, lovable, and do not make much noise.

Please do not be discouraged by their aggressive-looking faces, as they have a bubbly personality that will transform your bad day into a great one. Moreover, French Bulldogs are generally friendly with other breeds provided you take some prudent steps (many of which you learned in this article). 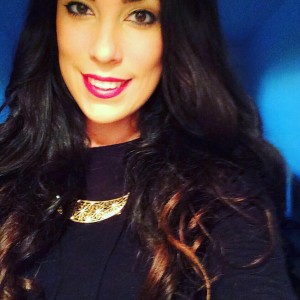 French Bulldogs: Are They High Maintenance?